Imprint or stuff it?

I’m experiencing a major analysis paralysis. Just as the target is within reach, I seem unable to decide whether to get an ISBN from Amazon, or to go the more complicated route of buying my own ISBNs and registering as a publishing company.

The easiest way is just to upload the file and let Amazon take care of everything. The ISBN would be free, the only obvious (to me) downside is that “Amazon Digital Services” will appear as a publisher, and anyone “in the know” will immediately recognise the novel as self-published. Like it or not, there’s still a stigma associated with self publishing. I can also buy a pack of ISBNs, but then the publisher will be me, and again very obviously self-published. Creating a company would give me an “imprint” and ability to use that imprint for marketing (to be honest, I don’t fully understand the importance of this at the moment!)

Does it really matter? I mean, I was browsing a few self-published titles for research on how to format headings and came across one with track changes still visible in the table of contents. This novel was in top 10 in its category! Maybe readers truly don’t care about proofreading?

On the other hand, there are a number of online resources passionately advocating registering your own ISBN, like this Pearls Before Swine blog. Some, like the well known Book Designer, even advocate setting up your own publishing company.

Should I go the whole way and set up “Awesome Big Book Publishing Company”, or just get this project done without driving myself insane? Would I limit my future options by taking the easy route now? Should I take a nap? Probably the nap first…

The never-ending drama of my own making

The proofreading drama has actually ended. Thank you again to everyone who took time to comment on my recent dilemma with the proofread. I spent hours working through all the suggested edits and compiling a list of those I did not understand or did not like. I then sent the list to the proofreader and to her credit, she very promptly replied with comments on all my questions. I still disagree with some of her changes, but at least it is now more clear what I should and shouldn’t change. I also gained a bit of perspective thanks to the wide range of commentary on the blog, and appreciation of how many little details she did pick up. In the end I happily paid for the service (it was a very reasonable price anyway). More importantly, I’ve ended that bit of unfinished business and can now concentrate on chugging through the draft, looking over it myself one more time. The publishing date is T-minus two weeks, max.

There’s, however, a new drama on horizon. I do have a day job, a full time one as a low-level manager in a government agency. It’s awesome, it was my dream job when I got it three years ago, the trouble is – three years is a lifetime in Ana-years. I’ve been getting complacent, and complacent does not sit well with me, so I’ve started inquiring about other jobs and secondments. I’ve had interviews, but it started to look like stepping up will be more difficult than I expected. Then something happened last week, I don’t know what it was, but I hear rumours that I was mentioned by the CEO in an executive meeting. Next thing you know, its three phone calls in a space of two days, and now I have two interviews next week. For big jobs. Like, amazing, big jobs, full of delicious stress and with matching big paychecks.

I should be ecstatic, instead I hear an inner voice saying “well, that’ll be the end of my writing career.” The other internal voice, the caffeinated and high on adrenaline one, thinks I can do both. A friend of mine is adamant that I shouldn’t even think about a new job if I truly want to succeed in writing. It reminds me of an episode of Friends, when Rachael was advised to quit her waitressing job, in order to be truly hungry for her dream. From memory, it didn’t end that well.

Can I do both? I don’t know. Maybe I would be more energised. I could also crush badly… anyway, there’s no point in worrying about it, there have been no offers yet. There is, however, massive drama, as always 🙂

I’ve been sick for a few days. It’s winter here, down under, and it doesn’t help that I use public transport to get to work every day. Nothing like packing into a tram with a hundred other coughing people on a dreary gray morning, to remind me of my Soviet era childhood. Needless to say, I’m not at all nostalgic about it. I took a sick day and tried to sleep it off, but my brain is still no working so good.

Despite the general mental fog and lack of interest in anything outside the bed, I’ve managed to progress a little. First of all, I’ve made a decision on what to do about the proofread. Thank you so much to everyone who took time to read and advise me on my latest predicament. I’m going to persevere with the option #2, which is to get back to the editor and resolve what I perceive to be issues. I’m currently going through the manuscript, from the beginning, compiling a list of all the changes I don’t understand or agree with, and hope to send a complete list to her later today. In the process of doing it, I’ve realised that she’s actually done a good job overall, very thorough. I’ve also realised that I have a ready editor right next to me, in form of my fiancé. Why it has not occurred to me to ask him before, I’m not sure (refer mental fog), but it turns out his private school and uni education is worth something :-).

There has also been progress on the cover front. Due to popular demand from the focus group (thank you so much again!!) I have reverted back to the double rip, but used the more script-y font:

It’s not finished yet, but I think the future changes will be very minor, as in fiddling with font color or placement, and maybe color saturation or overlays. There will never be a perfect cover to please everybody, but I’m quite happy with the feedback so far, which suggests that it’s catchy and interesting enough. I have certainly loved the process of working on it myself.

So there you go. Not too bad for the sneezing, coughing, mess that I am at the moment. Back to bed, I guess 🙂

I have a dilemma. Last week I have received my manuscript from the proof-reader. There were a lot of changes, especially in punctuation and grammar. She did say that it was more than she would have expected, so you can imagine my concern.

Anyway, I got to work reviewing and accepting changes. Then, at about a half-way mark, I finally had to admit that “something ain’t right”. Specifically, the following two types of changes appeared over and over:

1. Adding a comma before “and” in a simple sentence, such as “Blah, blah,” he said, and offered his hand.
2. Past perfect everywhere, such as “I had never even heard of it before”.

I have googled the bejesus out of these two points and found that:

1. No comma. The only way a comma would be appropriate, if it was an independent clause, such as:”Blah, blah,” he said, and then he offered his hand. Note that there are two subjects, “he” and then “he” again.
2. It should be “have”, because while she’s never heard of it before, she’s heard of it now, as in “I’ve never even heard of it before”.

Still, I was not sure. After all, I’m Russian and the proofreader is educated and may I mention, being paid for this. I have emailed the proofreader. No answer. I finally got her on the phone. After I finished describing the point 1, I asked what rule dictates the comma. The answer? “No rule”.

“Then why is it there?” I asked.
“There’s a pause there, so it felt natural to add a comma,” she said.

I was flabbergasted. I am not paying for an opinion, I’m paying for expertise.

“The manuscript seems overpunctuated,” I said.
“You don’t have to use it,” she said, cool as a cucumber.

I was so shocked that I forgot to bring up point #2 and got off the phone. I feel like a deflated baloon, not even sure if there are other changes she’s suggested based on how it feels, rather than the grammar rules. I’m not sure what I should do. The way I see it, I have two options:

1. Pay her and forget about it, instead starting from the beginning and going through the manuscript and suggested changes myself, researching each questionable point. Pros: one hell of an English lesson I’ll never forget. Cons: hella pissed off about paying someone to confuse me.
2. Send it back to her and tell her to re-do using English rules and not opinions, if she wants me to pay the full price, or negotiate a discounted price to finish it myself.

My sweet and kind partner thinks I should not fight her. My feisty sister’s advice is “it’s on!”. What do you think?

From the Archives: “4 Myths About Self-Publishing Today”

Stepping into self publishing for the first time is hard and scary. I deal with the fear by remaining unwarrantedly optimistic and exceedingly enthusiastic. You, however, may want to get a second opinion. Here’s one I thought was knowledgeable and well-researched:
From the Archives: "4 Myths About Self-Publishing Today".

I need a deadline

Otherwise there will be a hundred cover versions! Good news is that I will have the final draft from the proofreader in just a few days, so the torture is almost over. For now, please join me in nitpicking on these: 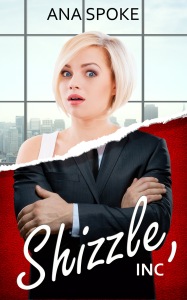 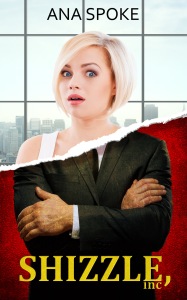 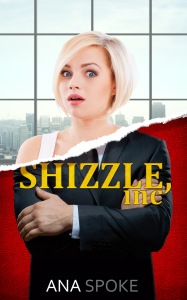 I have decided to move away from the double-rip, the last version of which looked like this:

Once again, I’d love your comments. If you’ve had enough, I completely understand and promise that this one will be the very last post about cover design. Ever. Probably.