Whatever you do, keep going

So, life has served me a curve ball, followed by an uppercut, and then a short left. I will explain later when I’m able to put it in words, but for now, I’d like to share a personal blast from a past with you: 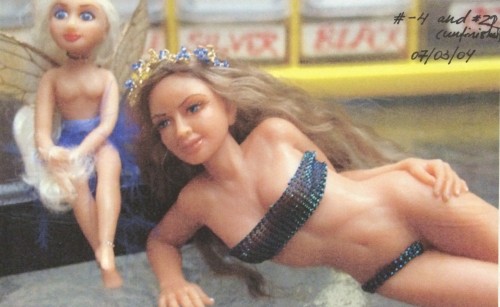 This is a 12-year old relic of my attempt to become a professional sculptor – note the date in the upper-right corner. The numbers refer to the two miniature sculptures pictured, the one on the left is “-4” because I numbered #1 the first miniature I’d sold on eBay. The one on the right is #22 and once I finished it, it had won an honorable mention in an international doll competition: 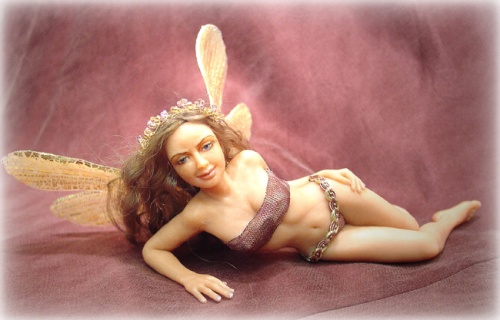 The reason I wanted to show you the first photo, was to remind you (and myself) that the most important thing we, creatives, can do is to keep going. With each sculpture or draft, we are getting better and closer to that all-important goal of producing something beautiful, something of value, and something that can make us proud. When I made that “-4”, I thought I was pretty darn clever and good to make something that cute. My sister loved it. I now laugh at that memory. Nobody saw it, thank God, and I continued making more and more miniatures until I became a self-taught pro at making realistic faces that are no larger than your thumbnail. If you don’t believe it, have a look at my Purelines website, which somehow is still up. Yes, those dolls have real eyelashes, and yes, that’s my hand in the photos.

I went on to make more sculptures, with a burning desire to become a portrait sculptor. One of my favourites is of a famous actress I hope you can recognise: 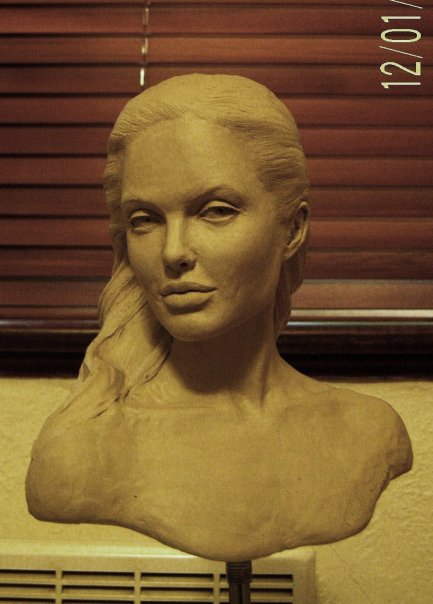 I finally gave up when it became too obvious that people did not want to pay for sculptures, or rather to pay for the hundreds of hours it takes to make one. I hope to pick it up again one day when I have more time and less pressure to make a living. Until then, I will write books that don’t sell with the hope of one day becoming so damn good at this writing thing, my new release will become an instant success.

As we are getting ready to open doors for the Winter 2017 #ComedyBookWeek, it’s time to spruce up our image. We were lucky with the last event to have Kirsty McManus, author of Zen Queen

, volunteer her time and design skills to create the current banner.

By default, this banner is now the first entry in the design competition, winner of which will be judged by you, authors and bloggers. What will the winner receive?

Entries for the competition are…

Quick How-To: get 1,000 Goodreads followers with 5 minutes of effort

Have a gander at these here numbers: I now have 1,020 Goodreads friends!

How did I manage this, you ask? Well, about a week ago, I had 200 friends, as a result of a year of giveaways (total of 8, which are also responsible for the staggering 2,424 of my books on people’s to-read shelves) and also because of two months of madness advertising #ComedyBookWeek. Then I discovered something most of you probably already know.

Goodreads lets you connect to your friends on other social platforms  en masse.

#ComedyBookWeek is changing for the better – we need your ideas!

Whew! How’s everyone feeling after that rollecoaster ride? Due to popular demand, #ComedyBookWeek is coming back sooner than originally planned – in January. It will be even better, but…

Source: #ComedyBookWeek is changing for the better – we need your ideas!