In other news: it turns out I can paint

Somehow, I have managed through over 45 years not knowing this. Then as previously moaned, I hit a deep well of dark depression and decided to try my hand at  painting with acrylics. It’s now three weeks later and I have just finished my third ever portrait on canvas:

My family is in a state of what I can describe as a “proud shock.” I am shocked too, because in fact my whole life I was convinced that I’m absolute rubbish at painting. I can now remember a mandatory art class in high school that may have prompted this self-belief – my old-school Soviet teacher yelling at me, because I just couldn’t get the point that the shadows are supposed to be purple. Once I got that, he stopped yelling, but I guess the damage was done. I have made sculptures before, but my artistic efforts have so far been limited to drawing princesses and unicorns on request. Even choosing a colour for walls was a drawn-out, painfull process of buying and painting on samples of no less than 11 shades of grey. When I started painting three weeks ago, I was hoping to just get my mind off the stress and the recent series of unfortunate events. My first painting was crap: 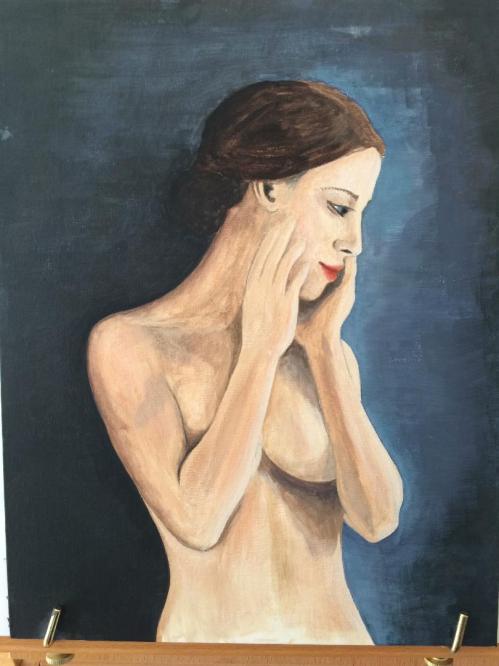 However, one magical thing did happen – I loved painting it. And I wanted to paint more. And true to myself, I wanted the next one to be better. So I watched a bunch of YouTube tutorials, bought some more paint and the next one was indeed a bit better:

So I watched more tutorials, bought more supplies, and the result surprised me. If you follow me on Twitter, you might have seen the painstakingly slow progress shots, if not – here they are. Cause progress is fun! 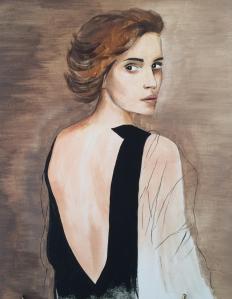 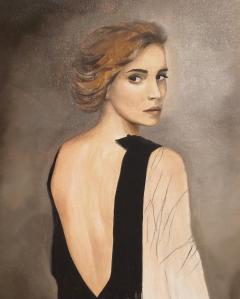 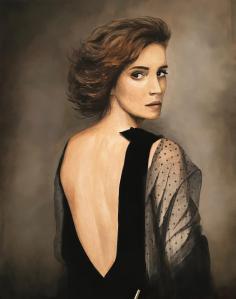 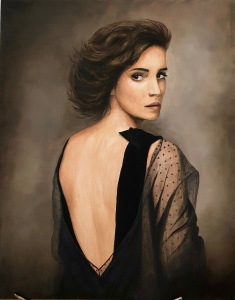 Speaking of progress, I now have my husband’s agreement to indefinitely delay converting one of the two living rooms in the new old house into an awesome master bedroom. Because it is already awesome as my studio:

That’s all for now. I didn’t get a chance to write a post about Amazon ads, but will do so when I get temporarily sick of painting, which could happen. Hope it would be only temporary, if it does.

I also hope that if you suddenly remember someone yelling at you as a kid, something about how you could never do X, that you would immediately make plans to try X at the earliest opportunity. You never know what may happen.

47 responses to “In other news: it turns out I can paint”