Another (designer) bites the dust…

Oh, the angst of book cover design! I have previously posted several times about my first experience with a designer, such as I need your help! and When does it pay to pay a pro? After a couple of attempts, we’d parted amicably and I then proceeded to design the cover myself, blogging about the continued angst in Do you prefer the apple or the orange? and The never-ending cover story. The final result is now on Amazon Kindle. I’ve had a lot of positive feedback on it, including from The Book Designer’s ebook cover awards!

Then, for whatever reason, when the time came to turn the ebook cover into a paperbook cover, I lost my cool. I decided to pay someone to make it better. What kind of pills do doctors prescribe for perfectionism combined with self-doubt?

Anywho, I’d contacted several designers and asked them to turn the existing design into a wrap. They all promptly turned me down, as they would prefer to do one from scratch and ram their ideas down my throat, but then one agreed. I was so excited! I thought it would be easy, too – I had the exact idea in mind, just wanted someone with excellent Photoshop skills, experience, and a keep eye to polish it.

The designer had one go and sent me a jpeg to review. I very politely explained that I wanted the rip to look realistic and that I wanted some kind of a cool treatment to the title. The designer had another go, slapping a stock-standard title font on and making a complete mess of my photo and bio. She finished the email with “let me know if this is good to go”.

I again politely explained that no, it wasn’t “good to go” and made a dot point list of what I wanted changed, attached photos of examples, and even a link to creating a realistic paper rip.

I got back an invoice with a link to download the final file upon payment. I replied that I was not going to pay, unless I had a look at what I was getting. I got a jpeg. Still a mess.

There were a couple more emails back and forth, rapidly decreasing in politeness, and I think we have now parted ways, albeit not so amicably. I have not paid, so I won’t reveal the designer’s name (unless we continue to battle over this). Instead of battling, I did the wrap myself today, in about three hours. Turns out, CreateSpace have a template creator which automatically makes a pdf with exact dimensions for you. Then it’s a matter of dropping in your existing cover layers, extending the background, and adding the blurb and bio. I’ve even bought a new paper rip photo from Shutterstock. What do you think? 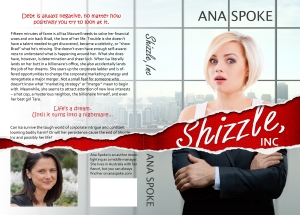 89 responses to “Another (designer) bites the dust…”